We publish texts relating to South Africa and Africana, including the VOC and the Cape.

Authors are invited to present their manuscripts for possible publication.

Orders can be placed by sending an email to [email protected].

Please note that postage will be added to prices listed below if relevant. 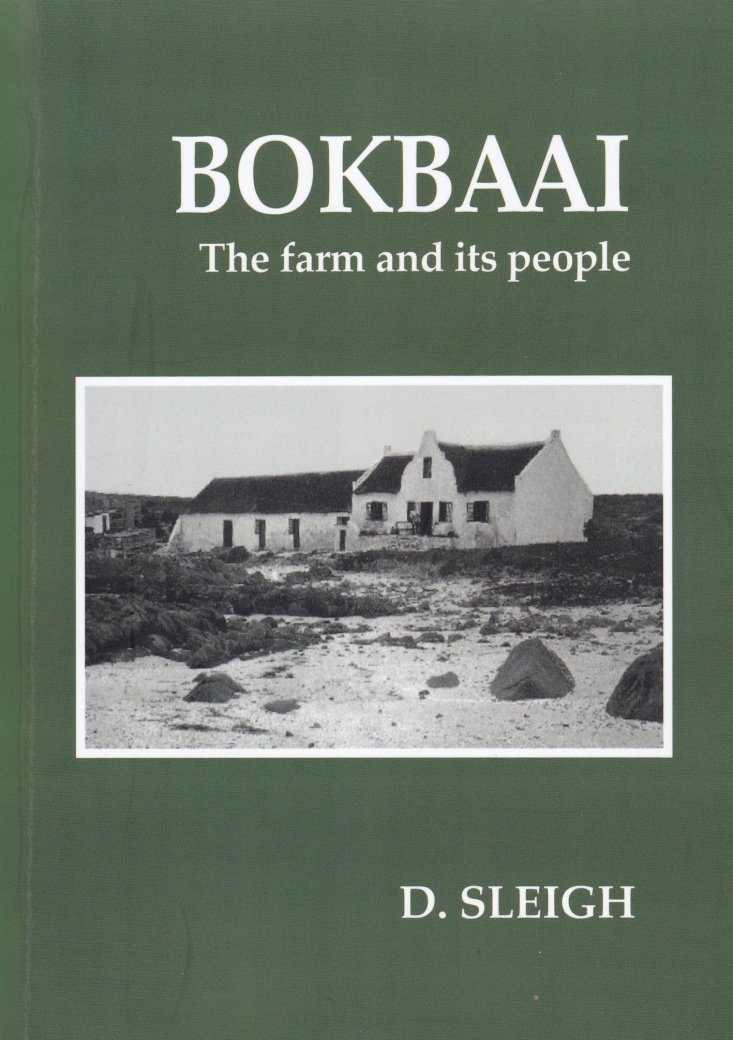 Bokbaai has a pre-colonial as well as a recorded history of peaceful seclusion, a rare asymmetrical gabled house, world renowned wildflowers, the cold Atlantic sea, kilometres of rocky shores, sandy beaches and dunes, a spectacular view of Tableview of Table Mountain and air like champagne.

The farm has legends, myths, stories of ships and histories political, social and personal, like that of the Kübe family who were overseers of the Government lime works and the convicts, some of whom were slaves, who laboured there in chains, and of the Duckitt family as its custodians and their faithful caretakers, Jan and Susie Bokbaai.

The farm has conservation status as a provincial heritage site and a provincial nature reserve. Under the Mapula Trust’s custodianship it is now entering a new stage in its history, as an environmental education centre. 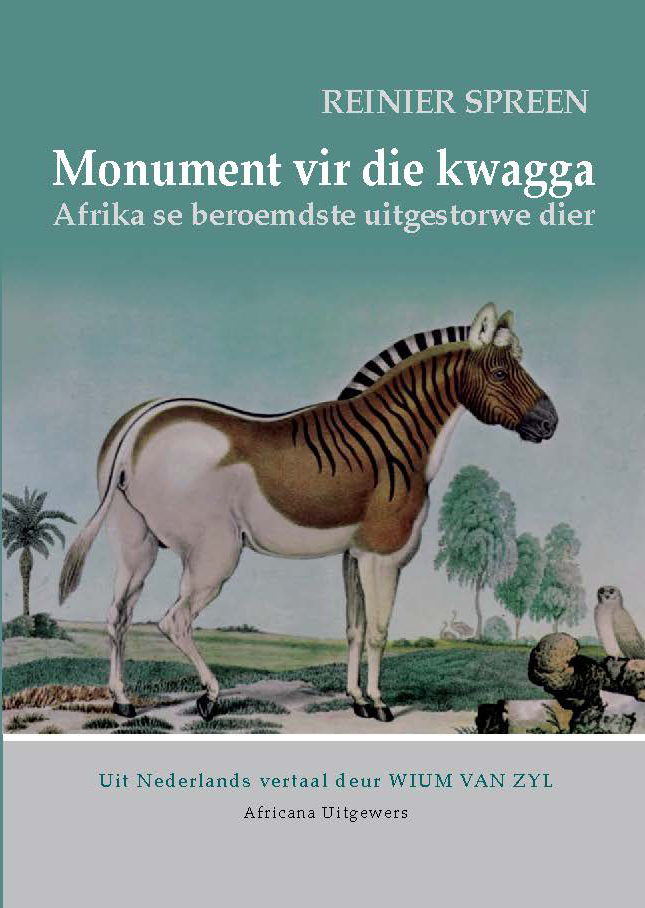 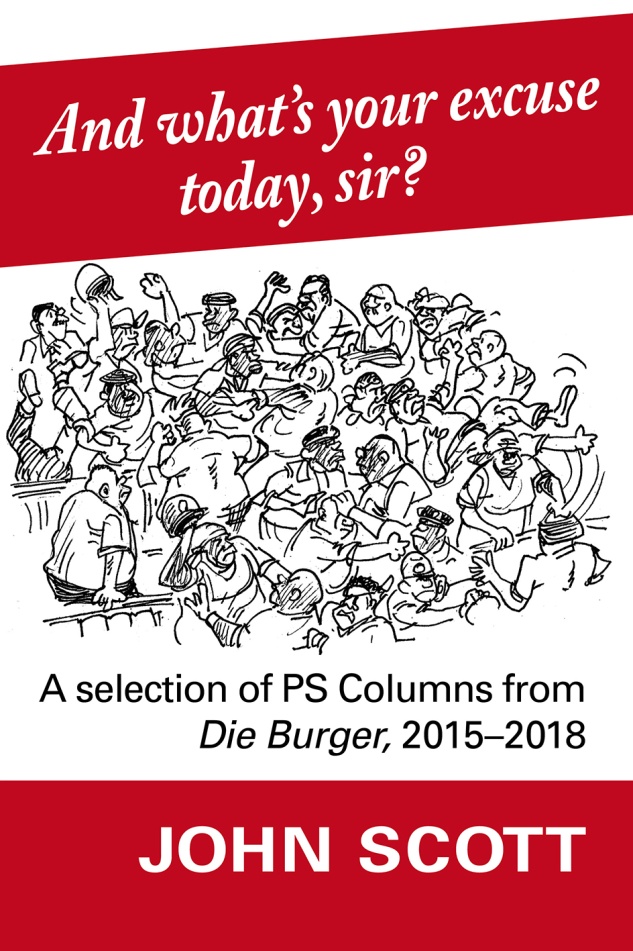 And what's your excuse today, sir?

For nearly 50 years John Scott has subjected the South African scene to his unique brand of genial satire and throw-away humour. This selection is his latest, in which he pokes relentless fun at our pocket-filling politicians, but is gentler with other human foibles such as the Springboks’ inability to beat the Japanese, the churches’ struggle to put bums on pews, teacher truancy, a co-pilot’s failure to pass his breathalyser test, how to understand a Spanish-speaking locomo-tive, and whether to save school kids from that arch-colonialist, Shakespeare.

He describes how he personally watched Pik Botha disappear behind a curtain one night with an air hostess, tried to persuade a still bashful Dr Christiaan Barnard to have his photograph taken, was challenged by Athol Fugard to a typing contest and, in one of his few serious moments, had an overwhelming encounter with Mother Teresa.

John Scott is a former editor of the Cape Times. He wrote a parliamentary sketch, Notes in the House, from the press gallery for 30 years. From 1971, he wrote the satirical column PS, and is still writing it, now in Die Burger. In the course of his career he went to Israel with prime minister John Vorster in 1976, toured Europe with president PW Botha in 1984, and covered the fall of the Berlin Wall in 1989.

John brings an original mind to bear on the happenings and problems of daily life. His humour is generous; his satirical barb is sharp; his grasp of politics is perceptive. — Tony Heard, previously editor of the Cape Times.

In Scott’s humorous and satirical writings, over more than four decades , he has been exposing hard political truths about our society. — Willem Jordaan, editor of Die Burger. 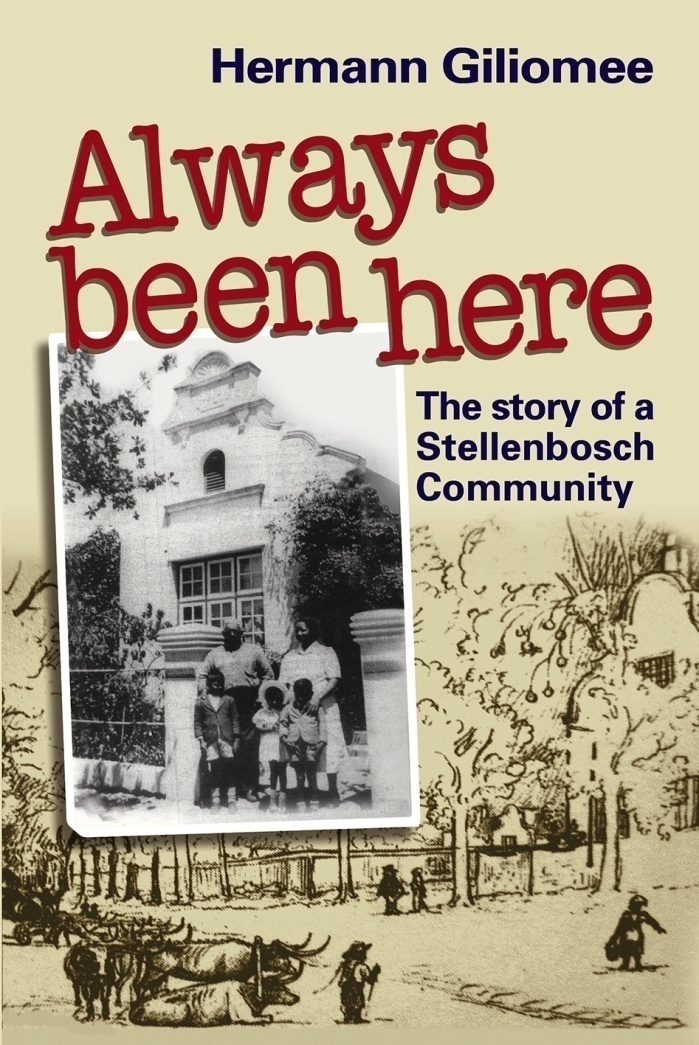 Always been here: The story of a Stellenbosch Community

This is the story of brown South Africans as experienced in the Western Cape village of Stellenbosch.

From its beginning years burghers, slaves and a small number of free blacks built up Stellenbosch together. Even before 1700 they also jointly created a new language, Afrikaans. It is not far-fetched to see Stellenbosch as the cradle of practises which later became known as apartheid.

With this book, which first appeared in Afrikaans in 2007 under the title Nog altyd hier gewees, Hermann Giliomee has created a fascinating picture of our joint past. Slavery and suppression, the scandalous battle of Andringa Street and removal of brown people from Stellenbosch under apartheid laws, are scrutinised in detail.

With the arrival of the new demo-cracy in 1994 white, brown and black again became part of one village, although much of the pain of the past remains.

* Hermann Giliomee is a much awarded South African historian and the author or editor of many publications relating to the history of South Africa.

Giliomee writes a history that people are yearning to hear … And he does so in a masterly fashion. He does not only do the discipline of history a favour but he also makes a wonderful contribution to satisfy our yearning for a common community consciousness and social solidarity. — Allan Boesak, well-known clergyman and politician in a review of the original Afrikaans publication.

This book not only fills a void in the field of local history, but in the best tradition of historical writing, it also addresses wider political and social issues. — Prof. Albert Grundlingh, historian. 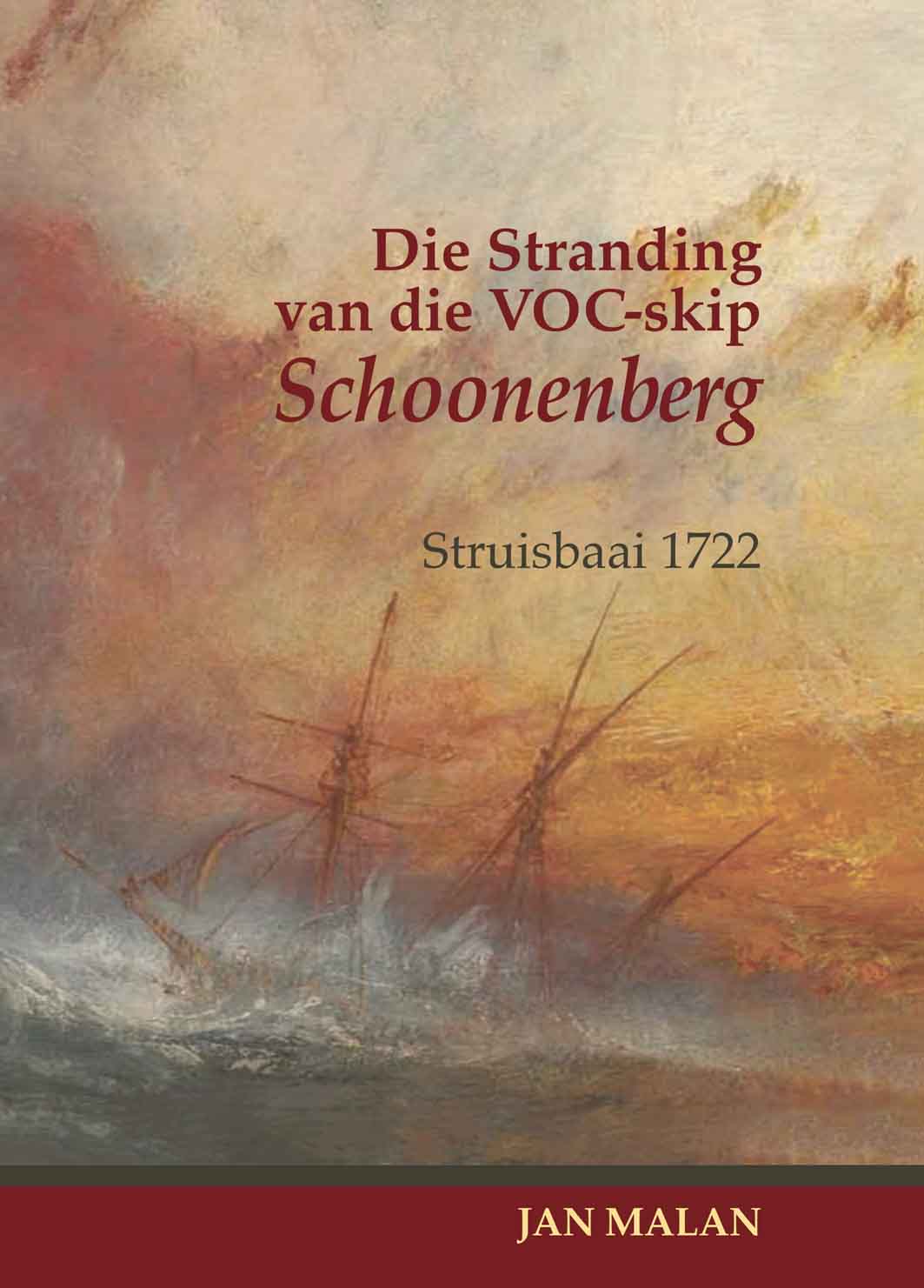 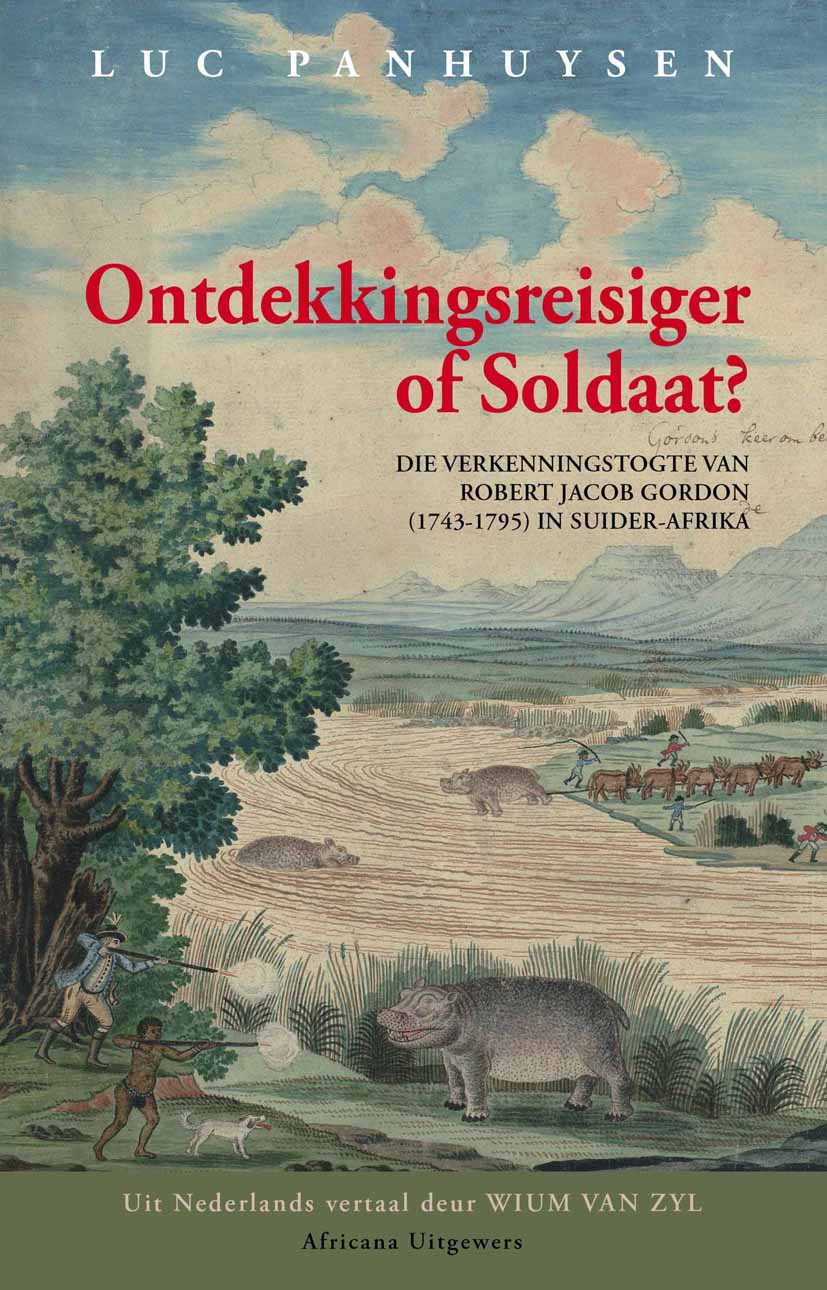 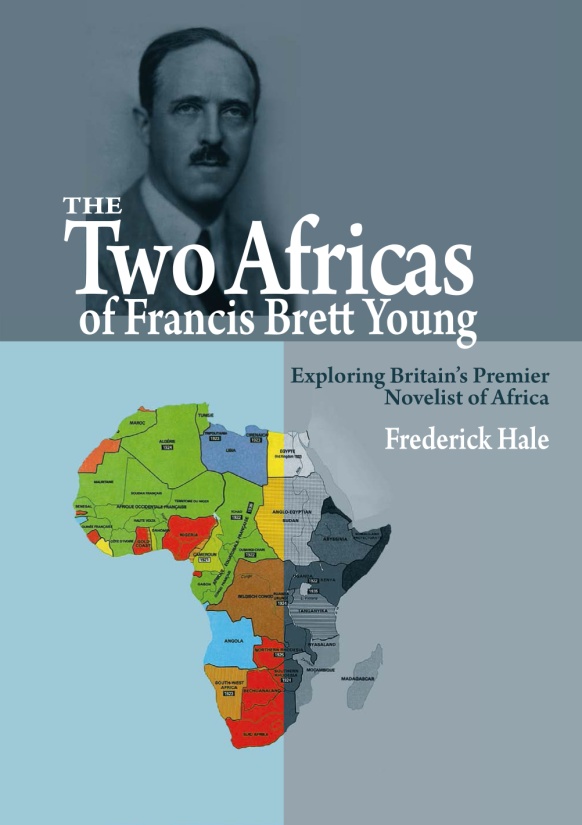 Francis Brett Young (1884-1954) is remem-bered primarily as a prolific and highly respected novelist of the English Midlands. However, he also spent many years in sub-Saharan Africa. His novels set in East Africa and South Africa added a fascinating dimension to his copious literary output. Brett Young also wrote two nonfictional books about African topics. As a novelist of Africa, he had no equal in British literary history.

The Two Africas of Francis Brett Young, is the first detailed analysis of this fascinating side of his literary artistry. It focuses on his description of diverse indigenous African, European, and other ethnic groups in the two regions but also his representations of the variegated landscape.

Francis Brett Young was a unique literary voice whose works about Africa richly deserve the attention of scholars as well as readers interested in serious literature about this continent. 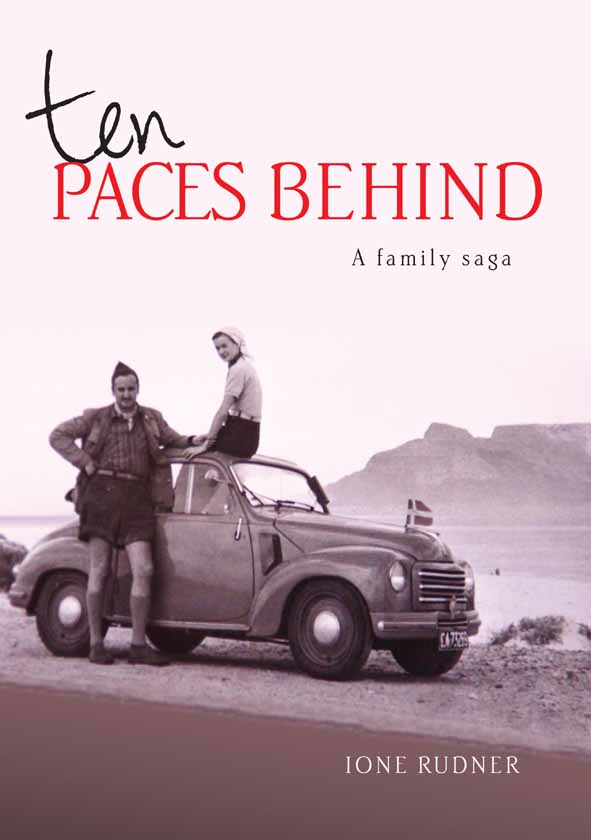 Ten paces behind: a family saga

This book was written for members of the Rudner family and their friends. It is about Jalmar (a Swede) and his South African wife Ione Rudner. Besides their professions – one an architect and town-planner with the Cape Town municipality, the other a research assistant and editor at the South African Museum for 29 years - they were also amateur archaeologists, who undertook numerous archaeo-logical expeditions and many week-end field trips in Southern Africa.

They jointly wrote several books and many papers based on their archaeological work, as well as translation of nine by early Scandinavian travellers in Southern Africa. Their story relates numerous anecdotes on their experiences and people and places encountered during their travels. 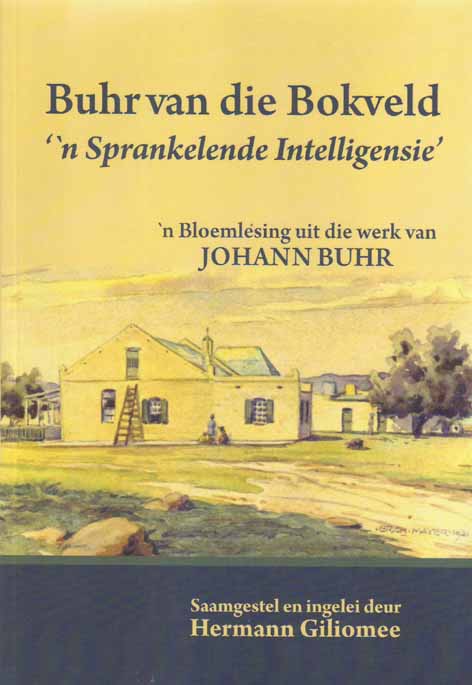 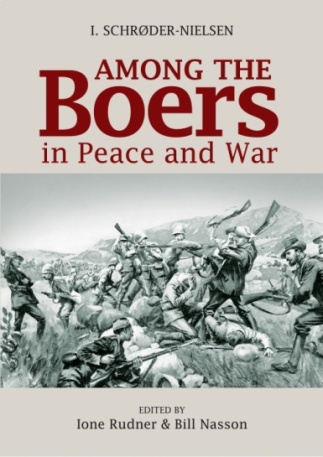 Among the Boers in peace and war

The adventures of a young Norwegian land-surveyor, who lived among the Boers in West-Transvaal and described their ways with humour and empathy. Nielsen befriended a number of Boer families and writes with great sympathy about their often tragic plight.

Appalled by the destruction of farms by the British forces and the incarceration of civilians in the infamous concentration camps, he joined the Boer forces in 1899. His descriptions of the military tactics, improvisations and onerous circumstances of the Boer fighters, and graphic details of epic battles such as those of Vlakfontein and Moedwil, vividly bring to life the people enmeshed in these conflicts.

At the end of the war Nielsen was captured and moved to a prisoner- of -war camp in Bermuda, where he remained until his release in July 1902, after which he returned to Norway.

A jewel of a (true) story about the Anglo Boer War. — Fransjohan Pretorius 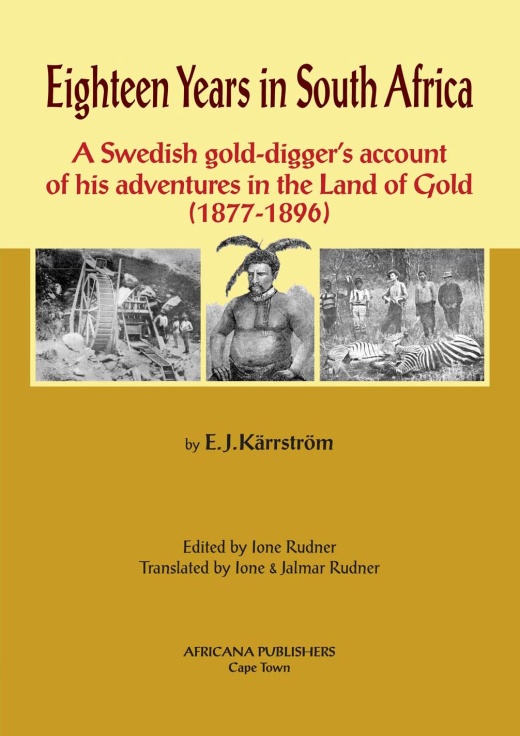 A young Swede’s dream to see the world as a sailor ended in 1877 when his three-masted ship, the Ellen Browse, was wrecked on the South African coast near East London. He could not have foreseen the adventures that he would experience thereafter as a soldier in the Ninth Frontier War, the Zulu War of 1879 and the Basuto Gun War, nor that he would make his fortune mining for gold and diamonds at Barberton, Colesberg and Kimberley.

His first-hand, vivid and often amusing descriptions of events and people – soldiers, Boers, their leaders, Africans, mine magnates and Uitlander miners – encompassed the prevailing conditions between the two Boer Wars.

This is a fascinating book about important events in our South African history, from an unusual perspective. Highly recommended. — Prof. Jeff Peires. 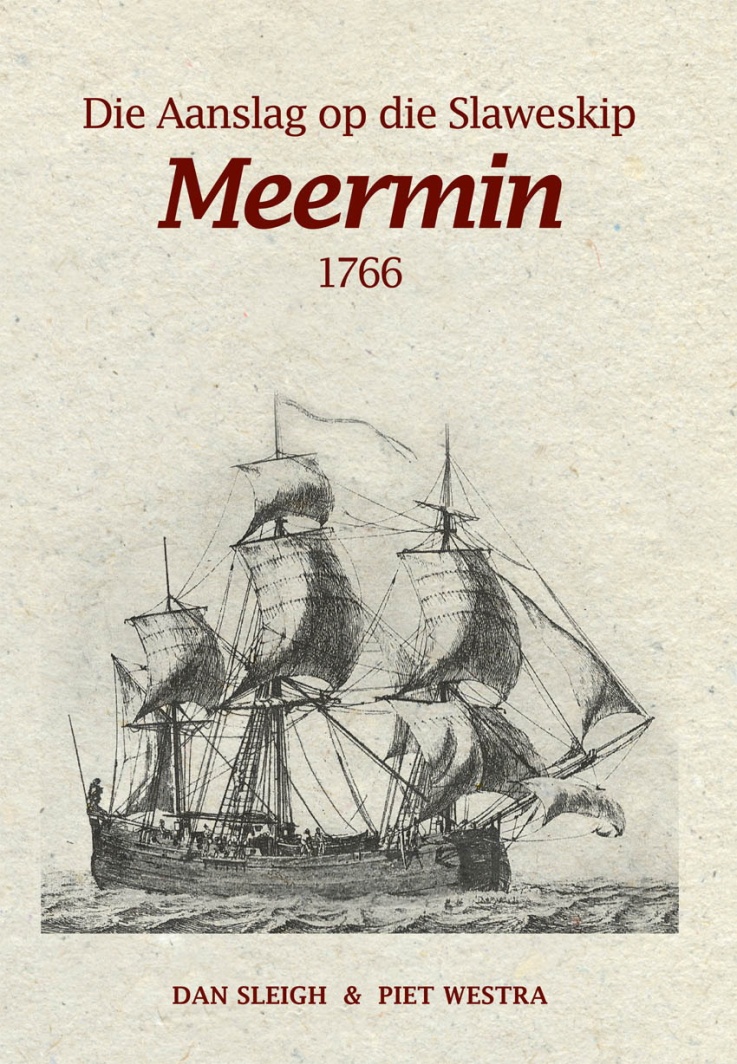 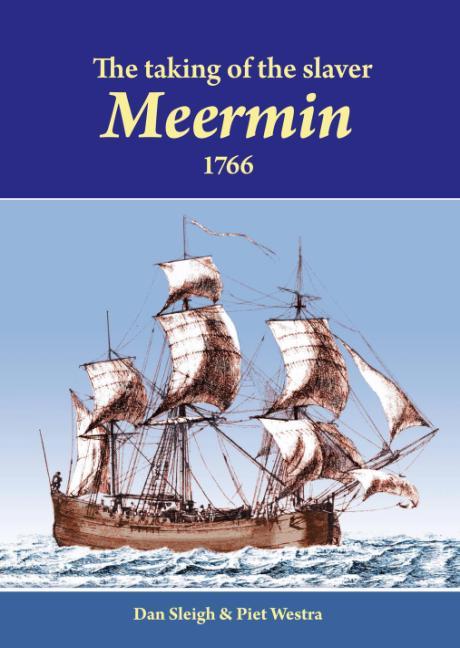 The taking of the slaver Meermin, 1766

In February 1766 while the slaver Meermin was returning to Cape Town from Madagascar with 140 slaves, some male slaves got hold of a number of their native spears, killed most of the officers and crew on deck and trapped the remainder, some of them badly wounded, in a cabin in the stern of the ship.

The fight raged for days, while the ship was carried helplessly along by wind, current and tide, until it ran aground near Cape Agulhas. This first complete account of the violent uprising on the hooker Meermin, entirely based on archival records, describes a desperate struggle on the open sea for freedom and survival.

The dramatic tale of courage, bloodshed, endurance, death, deceit and betrayal, also sheds light on the economic and social conditions at the Cape at the time. Details are given about the origins of Cape slaves, why and under what circumstances they became slaves, with what they were bought, how they were transported, treated and employed by the Cape government, and how they were punished when they transgressed its laws. 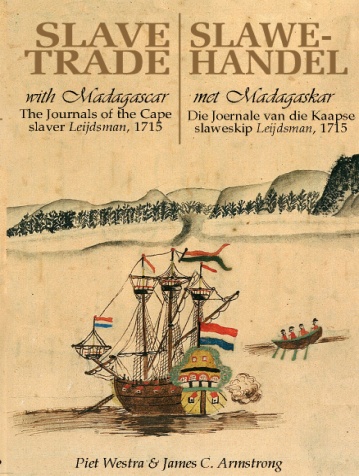 The fascinating story of a Cape slaver which brought 179 slaves from Madagascar. The book contains the original Dutch trade journals of the two merchants on board with a complete English translation, extensive introduction and notes.

Illustrated with a number of pictures and maps in full colour. Introduction in Afrikaans and English. 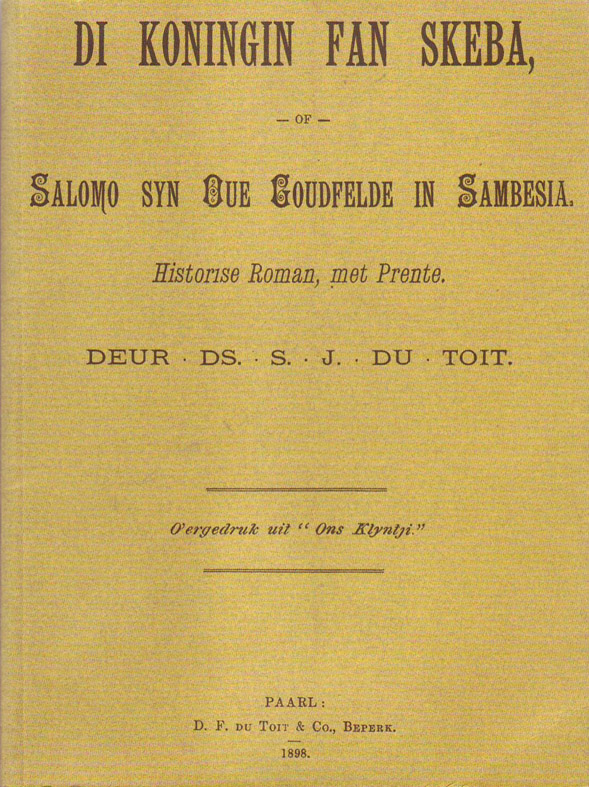 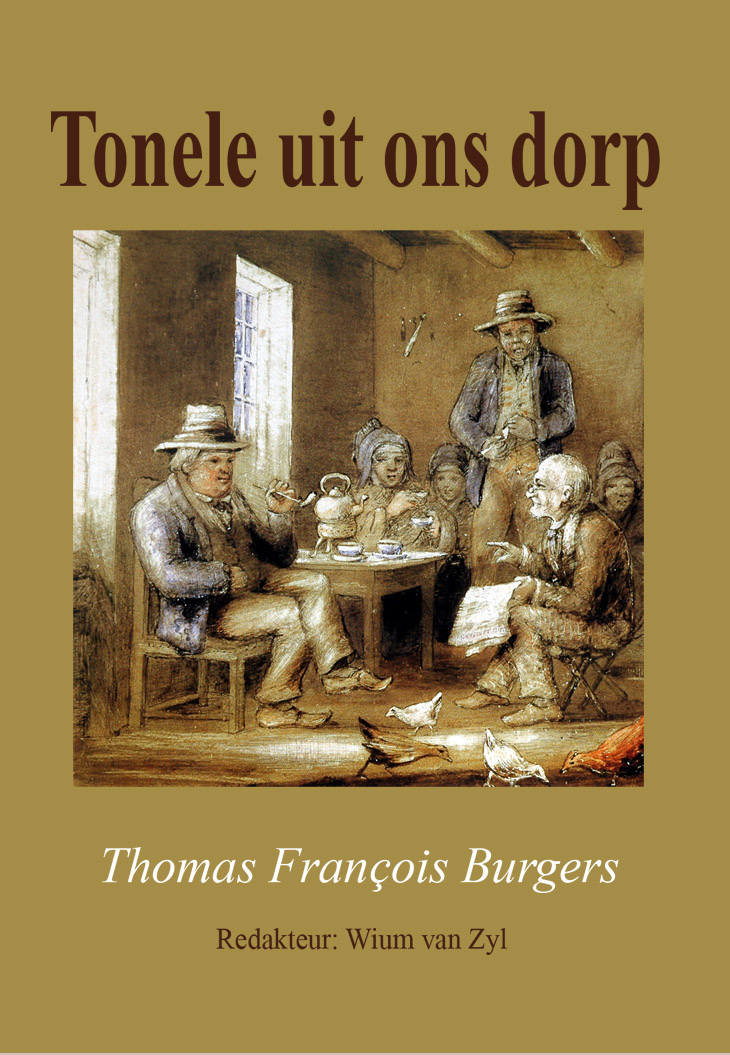 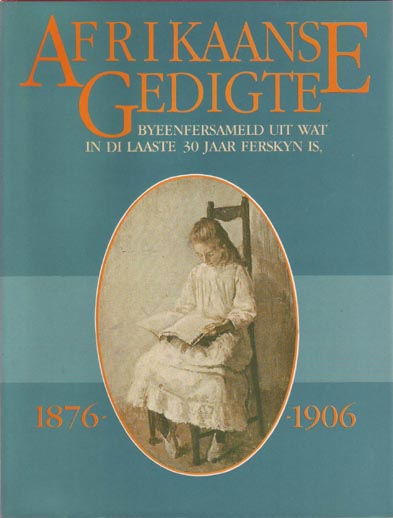 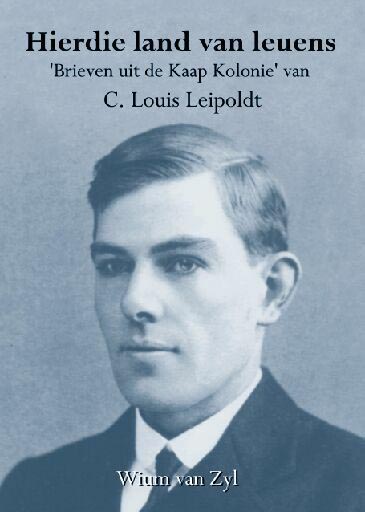 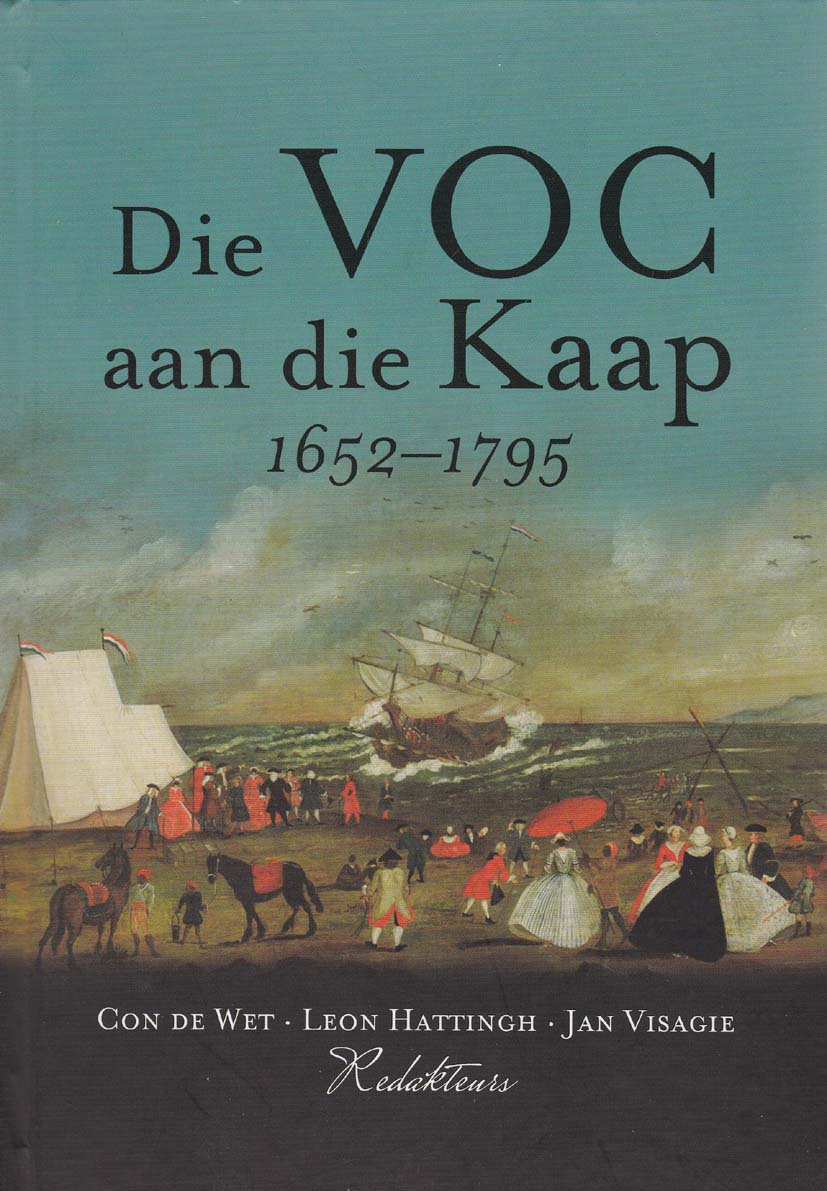 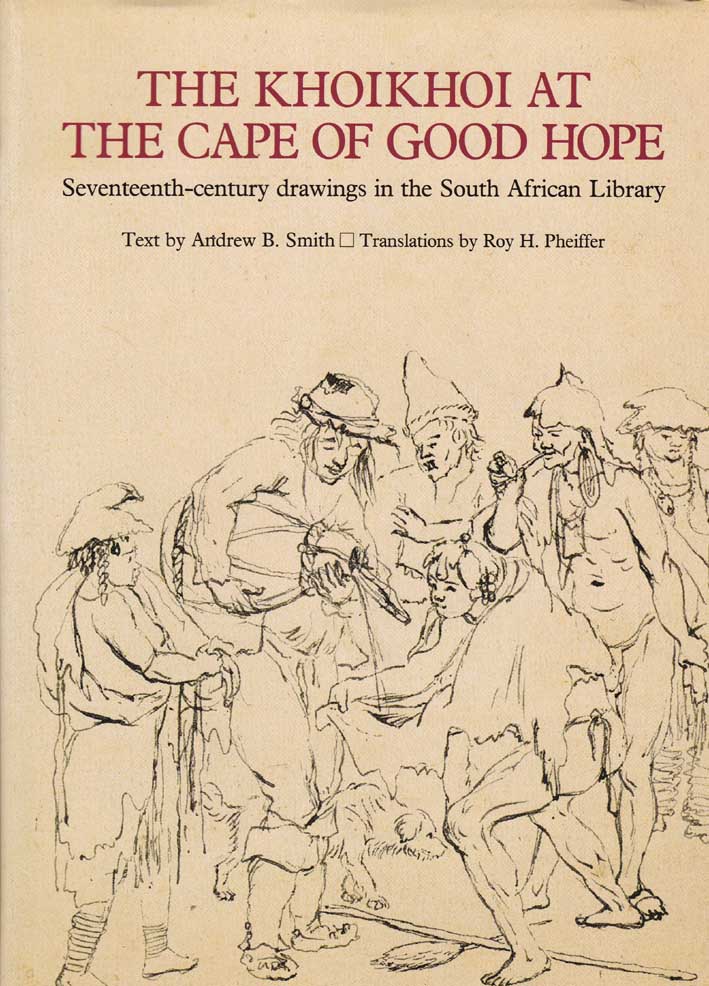 The Khoikhoi at the Cape of Good Hope

This is a collection of 27 drawings and sketches discovered at the South African Library during 1986. They are the earliest realistic illustrations of the original inhabitants of the Cape of Good Hope and are prized for their accuracy.

With the extensive introduction and the English trans-lations of the original annotations of the pictures, this book provides a unique social history of the late seventeenth century of the Cape. 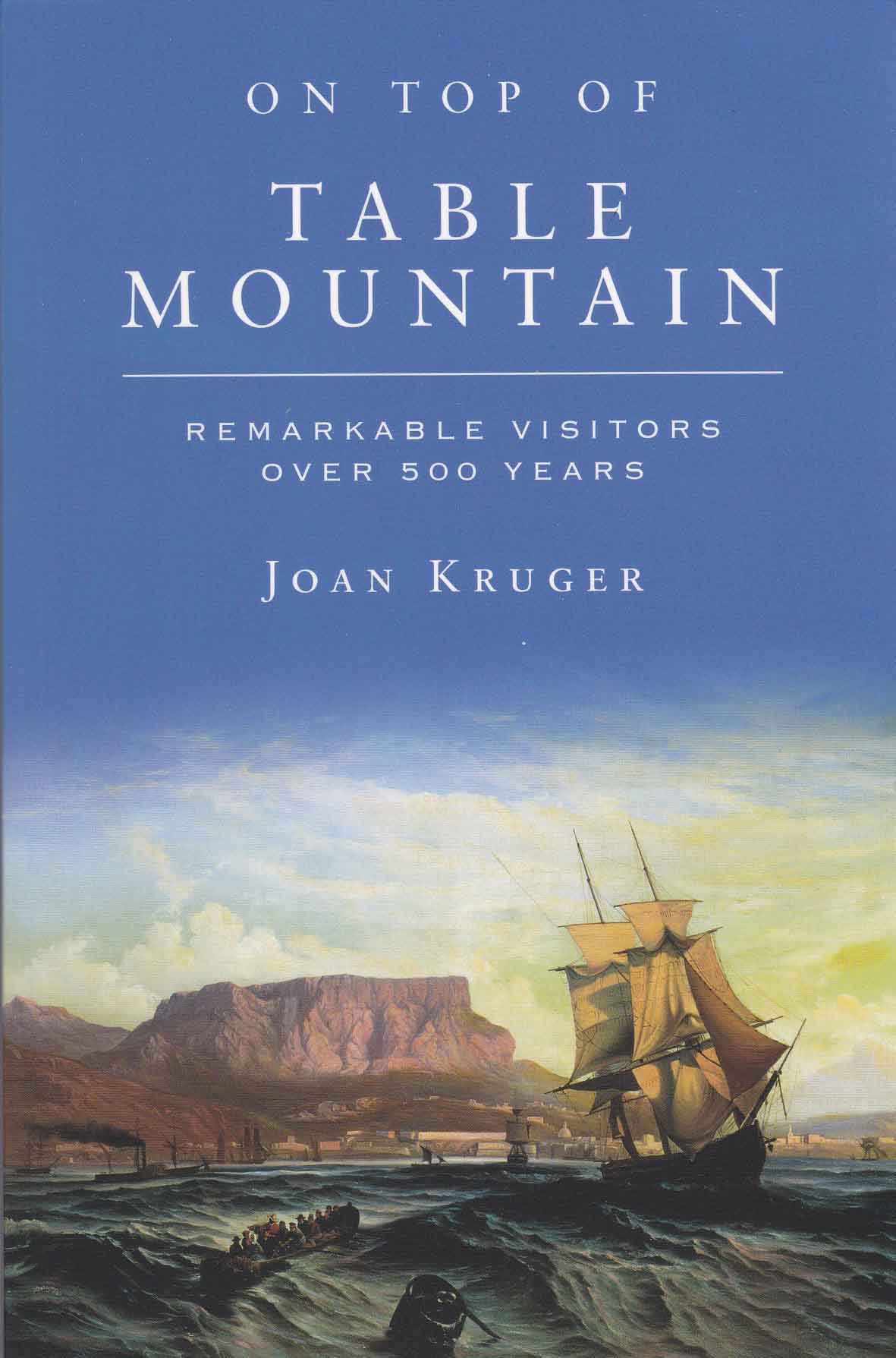 On top of Table Mountain: remarkable vistors over 500 years

The fascinating story of 27 people who climbed the Table Mountain since 1503, and recorded their experience. These included Wouter Schouten, Anders Sparrman, Carl Peter Thunberg, Francois de Viallant, Willliam Burchell, Lady Anne Barnhard, Magareth Herschell, Jan Smuts and Edwin Cameron. Apart from their stories this well-illustrated book gives a most interesting general overview of amongst others astronomers and matimaticions taking on the mountain, flower hunters and women reaching the top.